Plastic debris in the oceans is an environmental hazard and a major concern our society has to deal with.

While it is a critical topic how to deal with the contaminating plastic waste in our natural waters, another central question is how to reduce and monitor the current emission.

A nice summary is provided at the National Ocean Service website.

A summary report was also published by the Center of International Environmental Law (CIEL) indicating the health risks and impact on our environment titled as "Plastic & Health, The hidden costs of a plastic planet".

Quoting the abstract of a study published in the ACS journal: Environmental Science and Technology in 2016:"...the recovered microfiber mass per garment ranged from approximately 0 to 2 g, or exceeding 0.3% of the unwashed garment mass. Microfiber masses from top-load machines were approximately 7 times those from front-load machines; garments mechanically aged via a 24 h continuous wash had increased mass release under the same wash protocol as new garments...". (For further information, see also the on-line pollution study website of the University of California.) 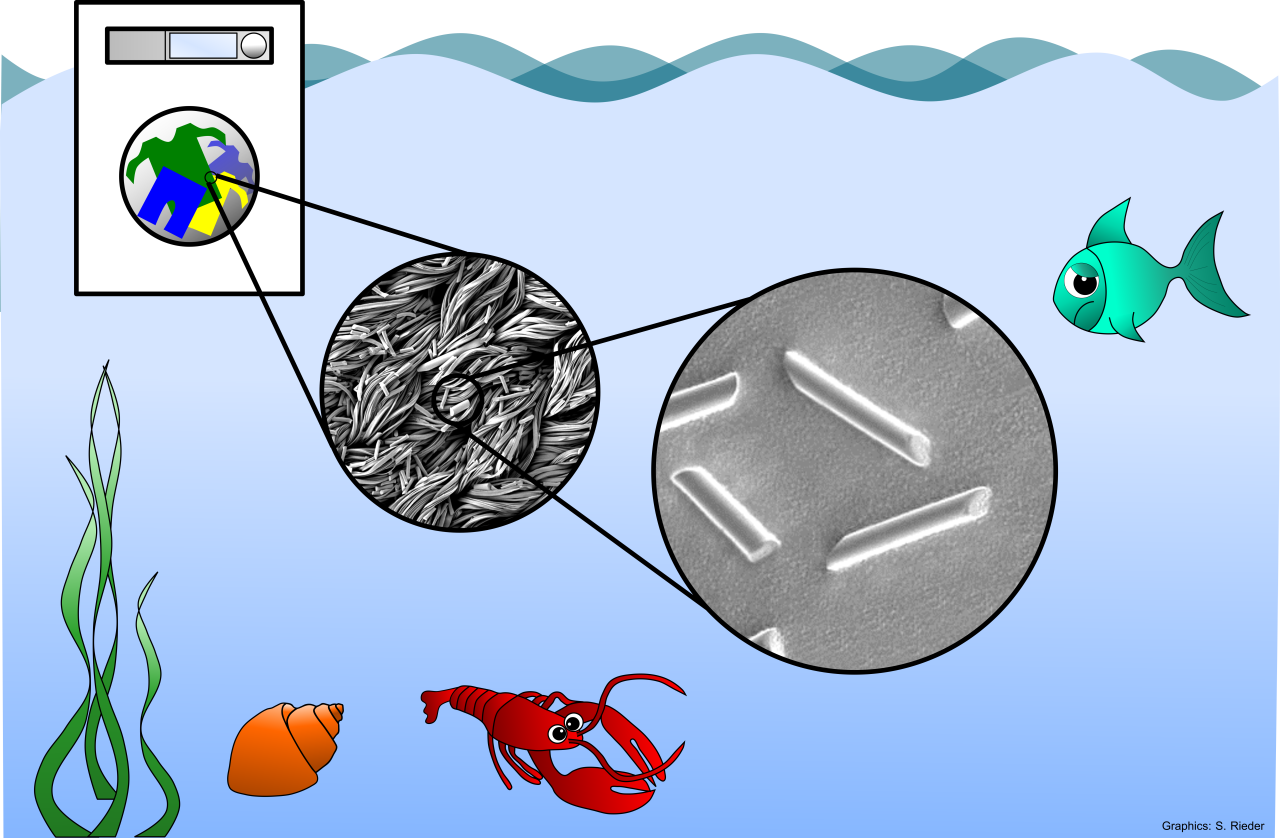